In the period 2018-2019, smartphones have not only become much more productive and "smarter", but have begun to compete clearly with powerful digital cameras. With this, front cameras are developed, which will be discussed.

The fashion for taking selfie photos is still on trend, but the hype, as it was at the beginning of popularity, has long since passed. The mobile device industry is evolving as new cameras and new technologies emerge. So far, the front camera has gained more opportunities, both in terms of image quality and features.

The main innovations were intelligent options and an improved "beautiful face". In the first case, the AI ​​camera allows you to recognize the owner of the smartphone and thus unlock the screen. Beauty enhances the complexion, removes freckles and mummies, which helps create the perfect portrait.

In addition, a modern front-facing camera offers high-quality video while communicating via Skype video calls or another social application.

Advanced cameras are no longer the privilege of expensive smartphones and are often found in the mid-range price segment, which we will discuss later. 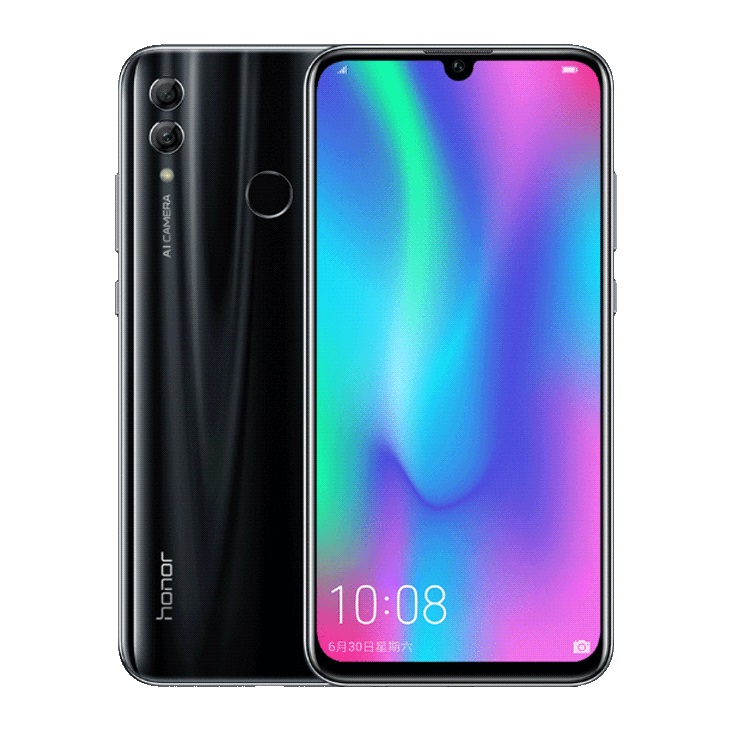 With the announcement, the device has been positioned as a selfie smartphone equipped with a powerful front end, with all the relevant features. On the Russian market, the model has managed to get a lot of positive feedback, not only for high quality photography with AI, but also a pleasing design from all points of view in different colors and good performance for moderate money.

Everything is balanced enough and does not cause questions. Users will appreciate the high level of performance and capabilities of the current operating system. 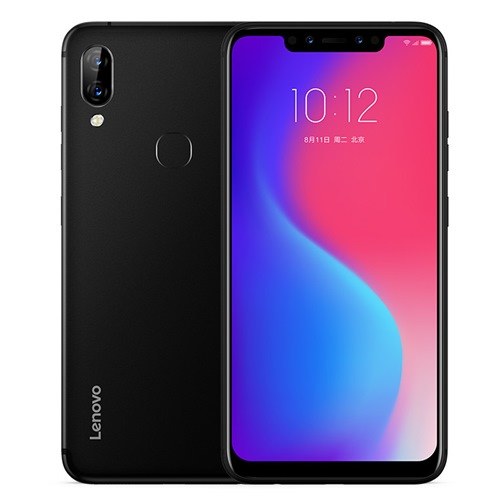 The model recalls little of the hardware filling of the famous bestseller from the beginning of 2018 Redmi Note 5, only with a "monobrow" on the screen. Smart smartphone quite interesting, with good performance and powerful cameras for money. The front sensor uses a Sony IMX486 sensor in its dual system. The main one is Sony IMX486 + Sony IMX350.

The device received a durable and relatively thin case, with a thickness of 7.7 millimeters and a detailed screen with high brightness. 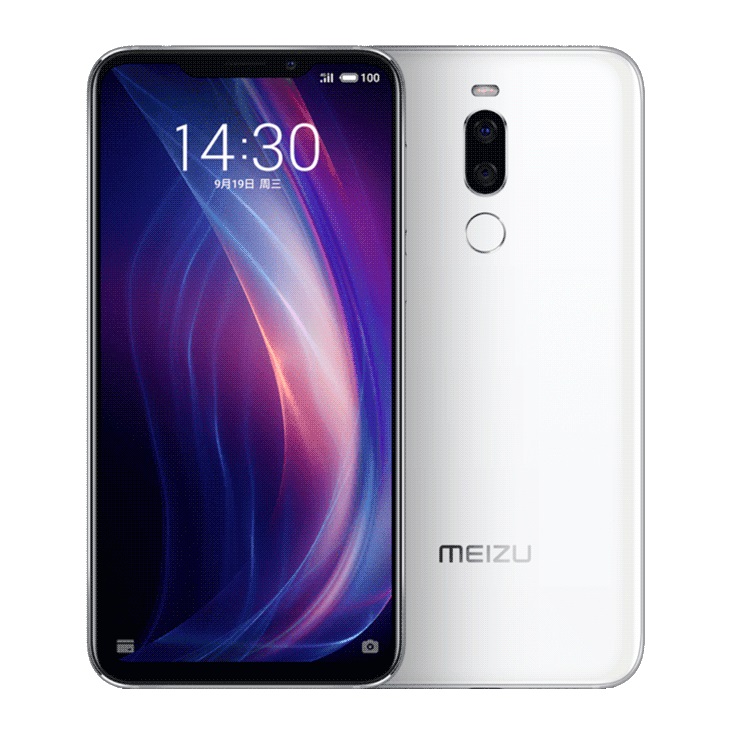 Considering this model as a selfie smartphone, I want to note the low price with quite advanced features. The first thing that catches your eye is a powerful pre-flagship chip, which will handle all uploads, including shooting all modern Android games.

And, of course, the cameras look good: the main one with a Sony IMX362 sensor and the Sony IMX376 front. The basic intelligent functions and all the necessary interfaces are accepted.

An alternative could be another model of the manufacturer – Meizu 16, but at a price of 22,000 rubles. The same cameras and hardware just complete the design look more premium and the Amoled screen with a built-in scanner. 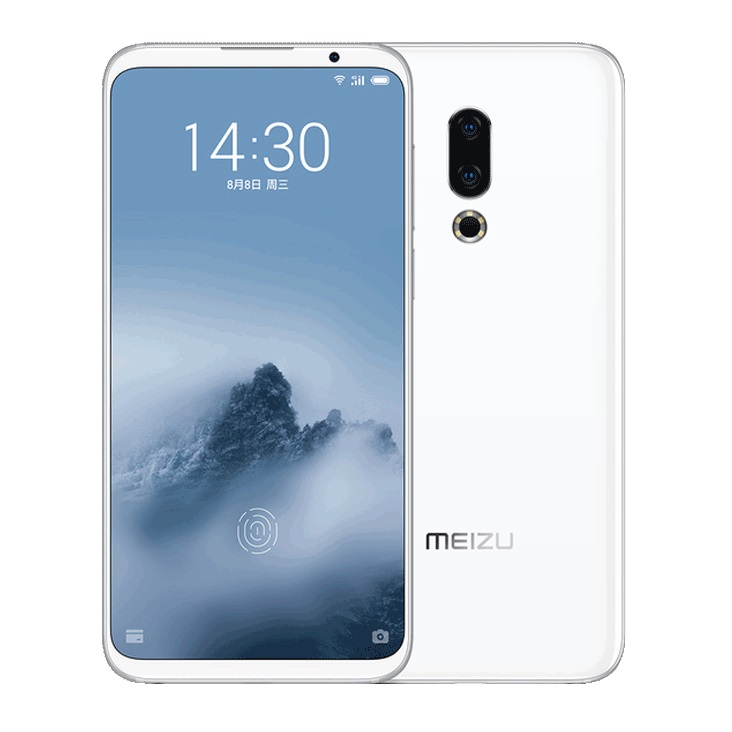 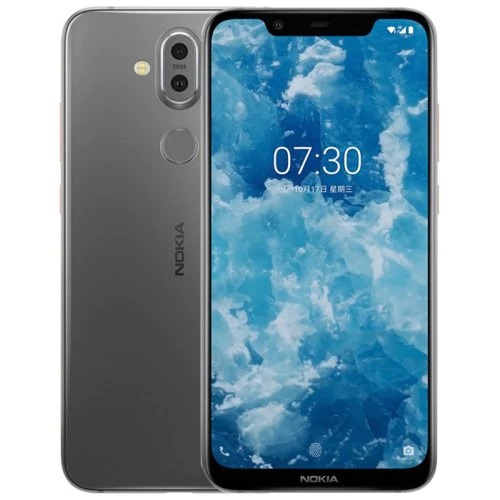 Nokia has firmly established itself in the smartphone market after its resurrection. Device quality remains high and all models are included in the Android One loyalty program. This allows you to receive the latest Google updates, including the latest version of the operating system for several years.

Particularly noteworthy are the cameras: the main Sony IMX363 with Carl Zeiss optics and OIS optical stabilization and the front with beautiful face mode and Face ID function. 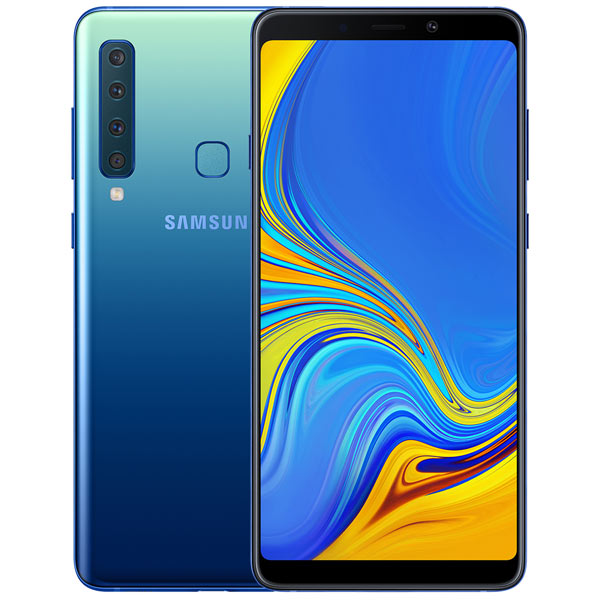 The smartphone can proudly carry the title of camera phone, as it is equipped with a number of five cameras with good sensors, which are no worse than advanced digital cameras. Most interesting is the main camera with four sensors: an ultra-wide lens, a telephoto lens module, a main lens and Live autofocus. The Sony IMX576 front camera supports AI functions and will surely please selfie lovers.

Otherwise, the device is fully balanced, with good memory capacity and a large display, without "monobrow". Samsung also offers a very good battery in this model.

The manufacturer offers other interesting smartphones with a good front camera. One of them is the Samsung Galaxy A8s with a trendy Infinity-O screen, where the front camera is embedded in the visible part of the display. It costs 31,900 rubles, but it also offers better performance. 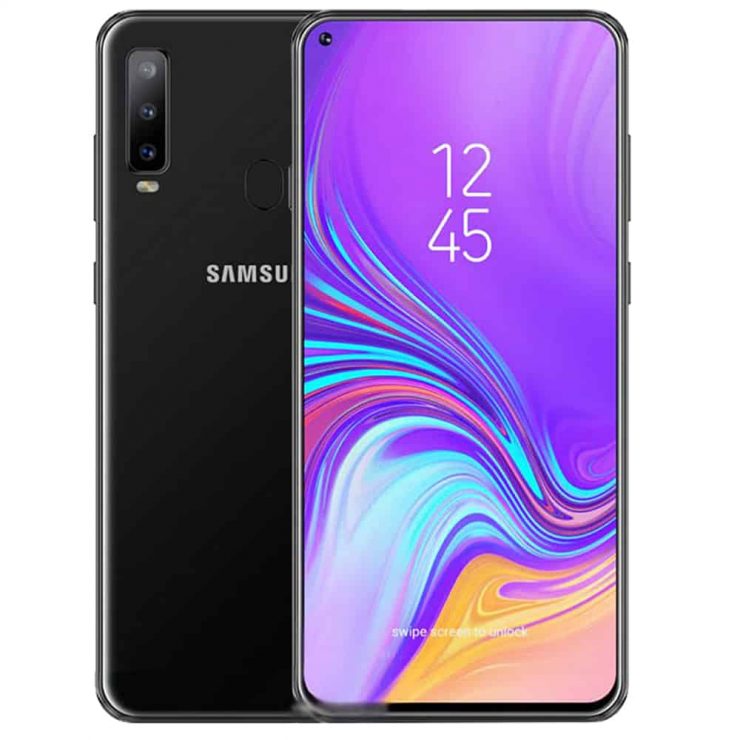 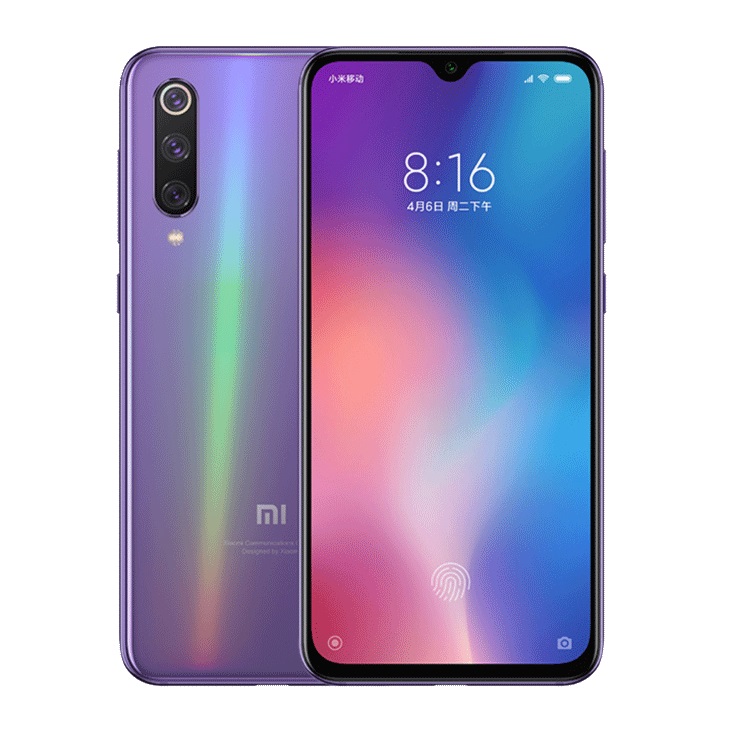 A simplified version of the new Xiaomi flagship, which looks no worse than its older brother, but in terms of price, is much better. The smartphone received strong performance, a good screen and a sleek and slim design, with a thickness of 7.5 millimeters. Intelligent face unlock functions and image recognition when shooting are supported.

The cameras themselves can compete with advanced digital cameras, a new generation of sensors demonstrates this. And all skeptics will have to agree that this device can completely replace a DLSR camera.

As an alternative to this model, you can advise the predecessor of this series – Xiaomi Mi8 Lite at a price of only 13,000 rubles. The device also offers a powerful 24-megapixel Sony 5th generation front-end. 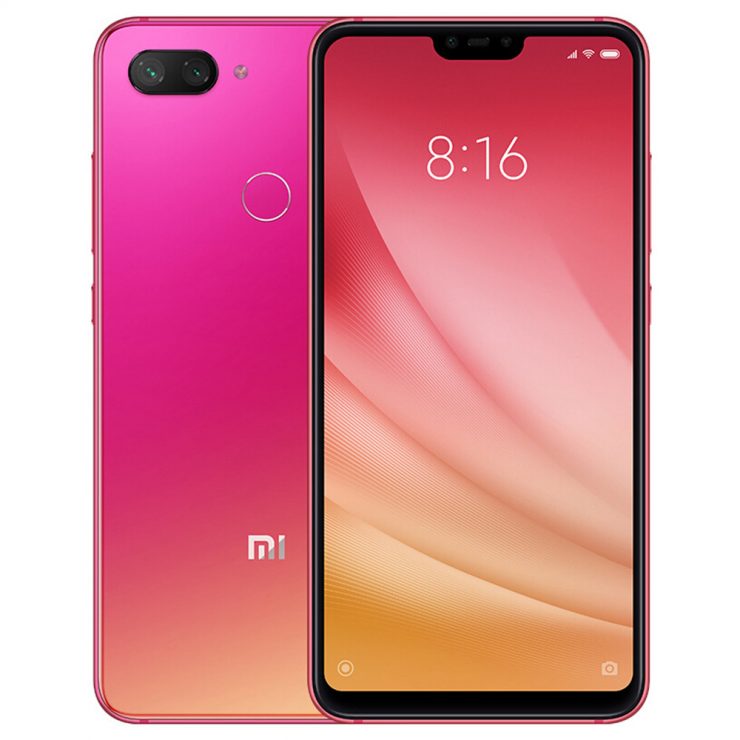 Literally in one year, smartphones have changed dramatically: productivity has increased significantly, new screens, smart features have emerged and the quality of photos and videos has seriously increased. The front camera is used not only to create a selfie, but it also recognizes the smartphone owner. At the same time, the images are of very high quality.

It is interesting to watch the development of this area, but what do you think about the above models? 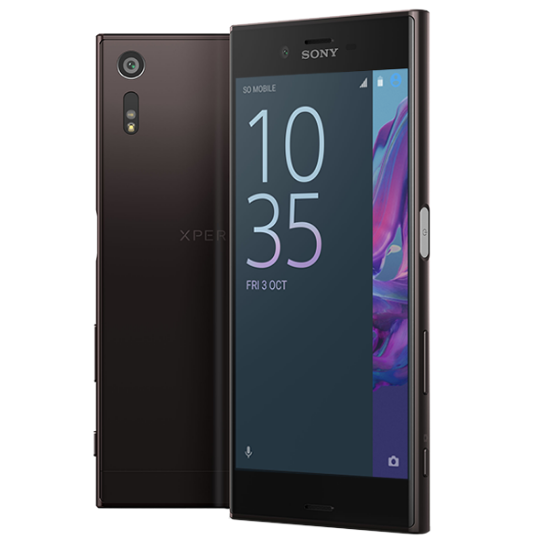 The flag of the Japanese company Sony is based on the Snapdragon 820 processor. It has received almost the best components. The 5.2-inch screen can be satisfied with Full HD resolution, which resulted in a very high pixel density. Data transmission can be done through the new LTE-A category. The main camera is equipped with a 23 megapixel sensor, flash, laser autofocus and optical stabilization. As for the front camera, it stands out for its 13 megapixel resolution. 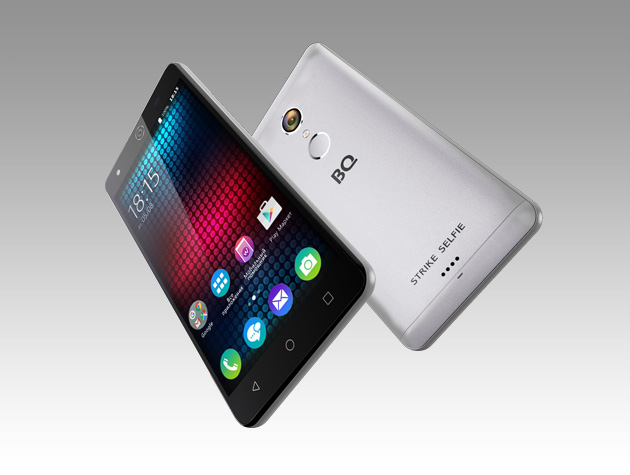 One of the cheapest flash smartphones on the front camera. Moreover, this is also one of the cheapest devices with a front-facing camera with 13 megapixel resolution! But you have to understand that the creators had to seriously save on other components. Between a good HD screen and a protective glass there is an air gap that spoils the impression of the image. There is also a minimum amount of permanent memory – 8 GB. There is also a bit of RAM – just 1 GB. As for the processor, the MediaTek MT6580 is used in its quality – the device runs smoothly, but with a large number of applications, tiny slowdowns can occur. 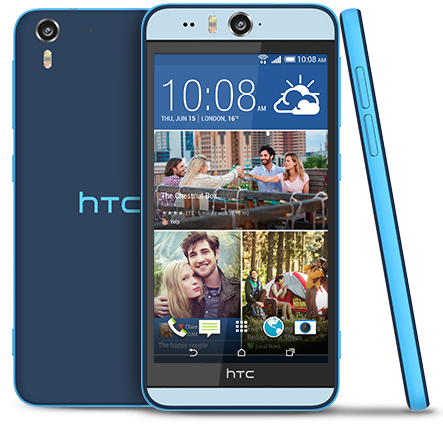 This device stands out from its competitors, with its huge objective placed on the front panel. Immediately it becomes clear that the front camera is very good. Next to it is a two-tone flash, which provides near-perfect photography even in low light conditions. But not only because of the HTC Desire Eye camera, as well as their customers. The device operates without brakes and uses LTE networks to transmit data. Interestingly, the voice can also be transmitted through this standard, for which we should thank support for VoLTE technology. It is impossible not to notice the presence of water protection, which the smartphones in this price segment can not usually boast. 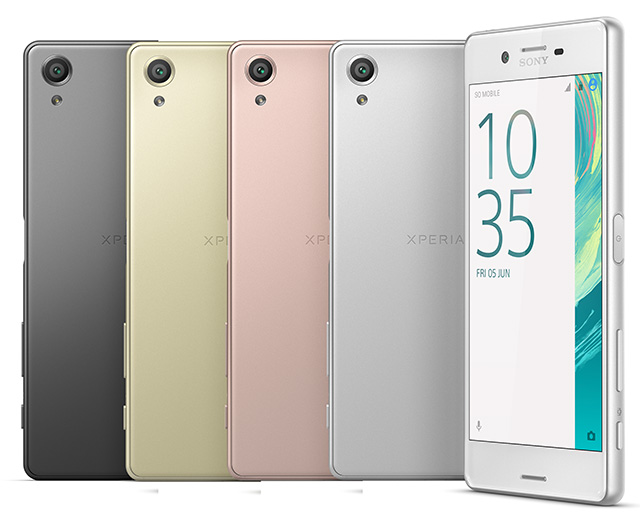 Everyone knows that Sony produces the best camera modules, which are then installed in their creations by many smartphone makers. Not surprisingly, Sony's own smartphones also get a very good main camera. And the front camera can be pretty good, which shows the Xperia X example. It uses a 13-megapixel sensor, which makes almost no noise in good light. With the rest of the features, everything is fine here. Of course, this is not a flagship, but the processor capabilities are enough to make sure the Android 6.0 operating system runs without brakes. 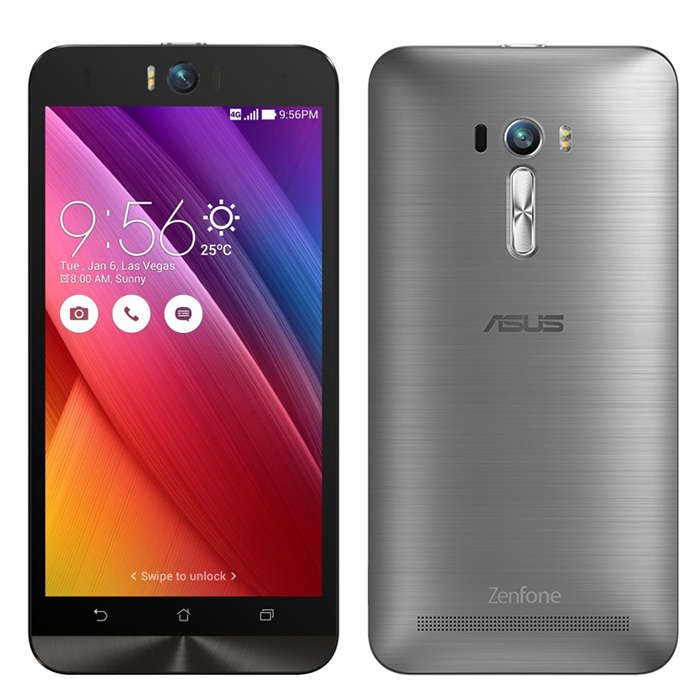 A smartphone with a selfie camera doesn't have to be very expensive. As an example, the ASUS ZenFone Selfie ZD551KL demonstrates this. This unit has a 5.5-inch screen with a resolution of 1080 x 1920 pixels. It also boasts support for the LTE-A from the fourth category, which allows you to go online at huge speeds. The processor is also very good on the device – the quality of its eight-core Qualcomm Snapdragon 615 is, however, the main advantage of the smartphone is the camera. And not only frontal, as the main, besides everything that receives laser autofocus – it lacks only optical stabilization. 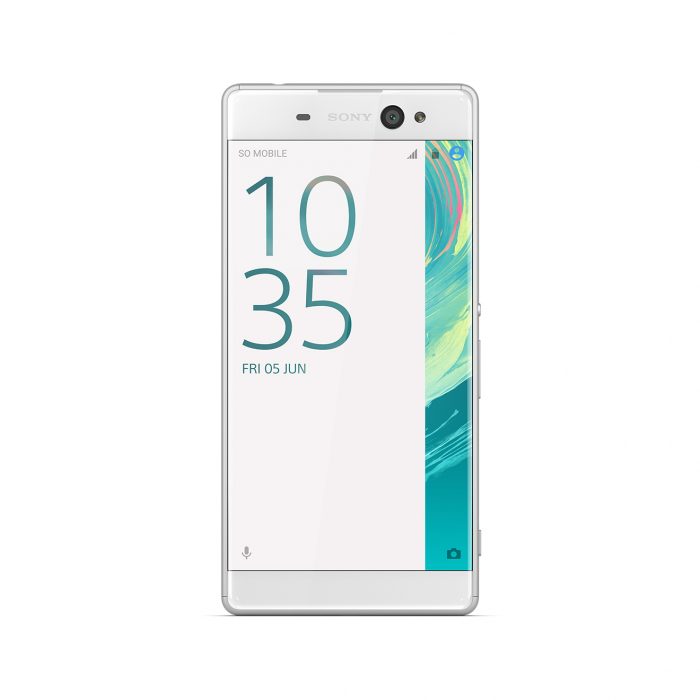 One of the most advanced smartphones with a front camera and a flash located nearby. This module includes a 1 / 2.6-inch matrix with a resolution of 16 megapixels. The lens has a viewing angle of 88 °, and the aperture is open at f / 2.0. In addition, there is an optical image stabilizer! As for the other features, they are also very good, because the smartphone was not the cheapest. 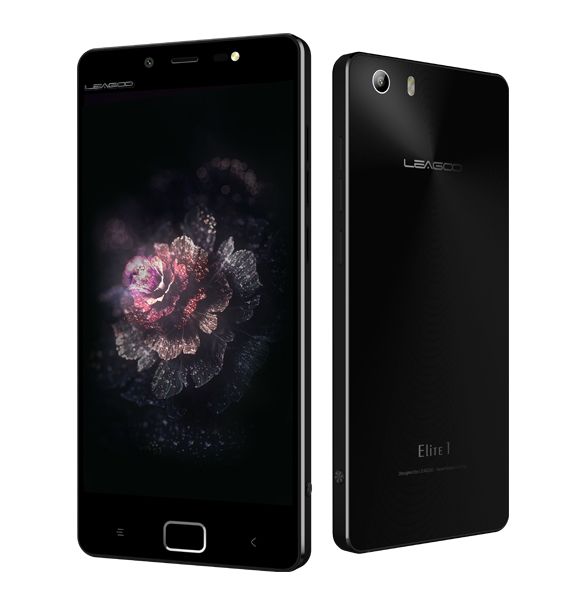 This device allows you to install two SIM cards, combining the best deals from a couple of mobile operators. The device also includes a 5-inch screen with Full HD resolution, pixel density is sure to please the buyer. As for the front camera, its resolution is 13 megapixels. But in reality, images are rarely ideally obtained – it is clearly used far from the most expensive sensor. But then everything is fine with the rest of the technical specifications. The device uses LTE networks and has three gigabytes of RAM and cannot be unlocked without a fingerprint. 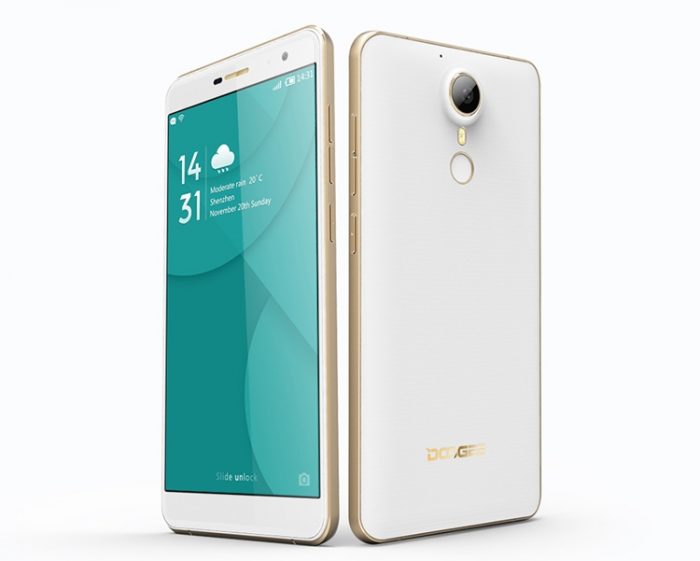 This Chinese smartphone has a number of advantages and several serious disadvantages. First, everything is clear – here you can only enjoy LTE-A support in the sixth category, the MediaTek Helio X20 processor with ten cores and 4 GB of RAM. But the disadvantages, strangely, refer to the front camera. In its capacity, an 8 megapixel sensor from Samsung is used here. Up to 13 megapixels, the resolution increases programmatically, which sometimes only damages the image. The lack of autofocus is also surprising. But you can not say that the smartphone produces frames of terrible quality – in this case, it would not fall into our classification. 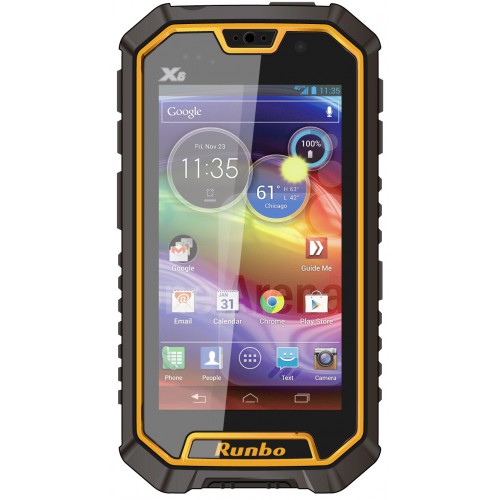 Usually, water and shock resistant smartphones do not have certain advanced components available. But the Runbo X6 is an exception to the rule. This device can boast a good display and high speed operating system. As for the cameras, both use a 13 megapixel sensor. Frontalka is able to boast of high detail, especially if the shooting takes place in the sunlight. And the results of shooting with the main camera will depend on the specific court. Certainly, on some devices the lenses are tight, which is why the clarity literally floats in different parts of the frame.

HTC One E9 Plus 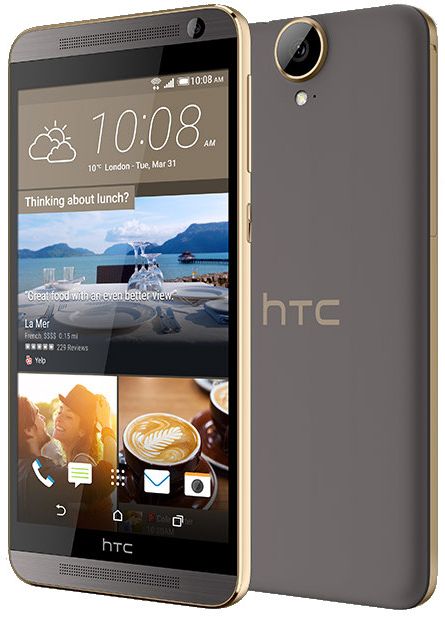