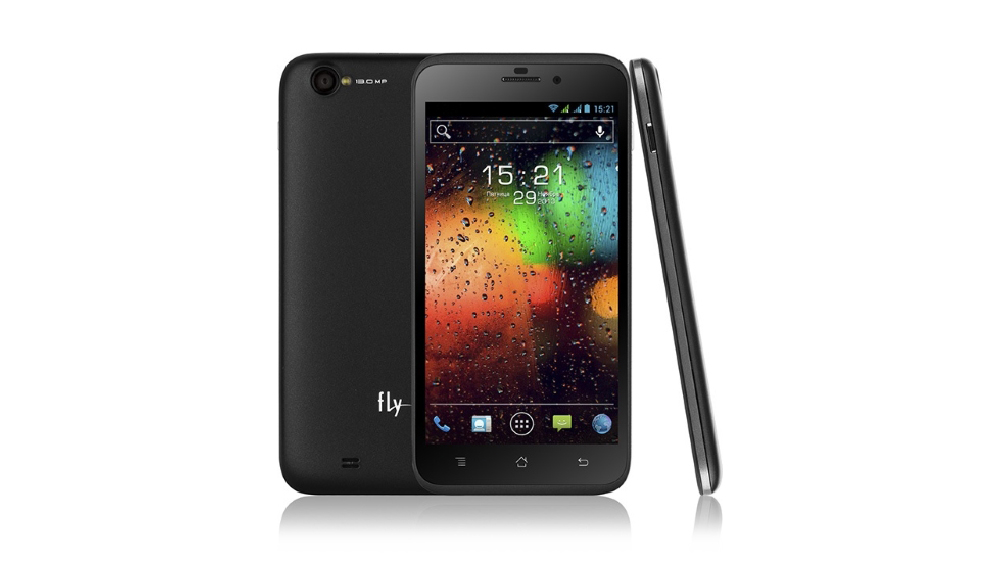 Fly has launched the new Fly IQ452 Quad EGO Vision 1. According to its technical specifications, this is a mid-range smartphone that has most of the functions a modern smartphone should have. This model is a good example of a combination of price and quality.

Externally, this model is very similar to most Fly smartphones. The phone has a neutral design, the manufacturer has not added new details to the look of the smartphone.

The Fly IQ452 Quad is made of black plastic, the back cover and the border around the display are a little harsh. A headphone jack is located at the top of the phone. At the top of the front there is a narrow mesh that covers the diffuser, nearby are light and proximity sensors. The build quality of the model is high, the parts are reliably connected to each other. The smartphone is sold in two body colors: white and black. The smartphone has a Cortex A7 quad-core processor, the bus frequency of each core is 1.2 GHz. The device has a good PowerVR SGX544 graphics system. The RAM of the phone is 1 GB. Overall, the phone has good performance and speed for the device in its price category. Most applications and games work well. Only the demanding game parameters such as Real Racing 3 slow down a bit. The internal memory of the phone is 16 gigabytes.

A performance test showed you a good result.

Smartphone Fly IQ452 EGO Vision 1 runs an Android 4.2.2 operating system. Compared to previous models, in this device, the manufacturers have slightly changed the user interface, adding originality. The icons for standard applications have changed. The color scheme of the main menu and the design of some applications have also changed. The news contains the entire standard set of modules: Bluetooth 2.1, Wi-Fi, USB 2.0, GPS, FM radio. The speed of Wi-Fi and GPS is quite high.

The novelty has a high quality 5-inch screen with 1280 × 720 HD resolution. The screen was developed using IPS (Switching In-Plan Switching) technology, which ensures good color reproduction. The image displayed on the screen is bright and colorful. High quality glass protects the screen from scratches and other mechanical influences.

The Fly IQ452 is equipped with two rooms: the main and the front. The main camera with BSI sensor has a 13 megapixel sensor. The camera supports autofocus and has a bright LED flash. The front camera has a resolution of 1.6 megapixels. The photos taken by the main camera are quite high quality, regardless of where they were taken: indoors or outdoors. HDR mode allows you to take more colorful photos. But at the same time, the picture is taken about two seconds, so the image can be blurred. As for video recording, this is rather the downside of this model – despite the seemingly high quality camera, the video is not very good. An example of shooting video on a camera in Full HD mode.

The battery capacity of the Fly IQ452 Quad EGO Vision 1 smartphone is 2000 mAh. According to modern standards, this is not enough. Especially when you consider not the small screen of the phone, which consumes enough power. Users who actively use their smartphone: listen to music, use applications, take pictures and film videos, etc., will have to count, on average, for a battery day. If you use a smaller phone, the battery lasts for several days.

Since in Russia the average price of Fly IQ452 ranges from 8000-9000 rubles, the new product can be called successful and high quality. This device is perfect for those who need a modern smartphone with good performance at an affordable price. Of the weak points of the model, only poor video quality and low battery capacity can be distinguished.