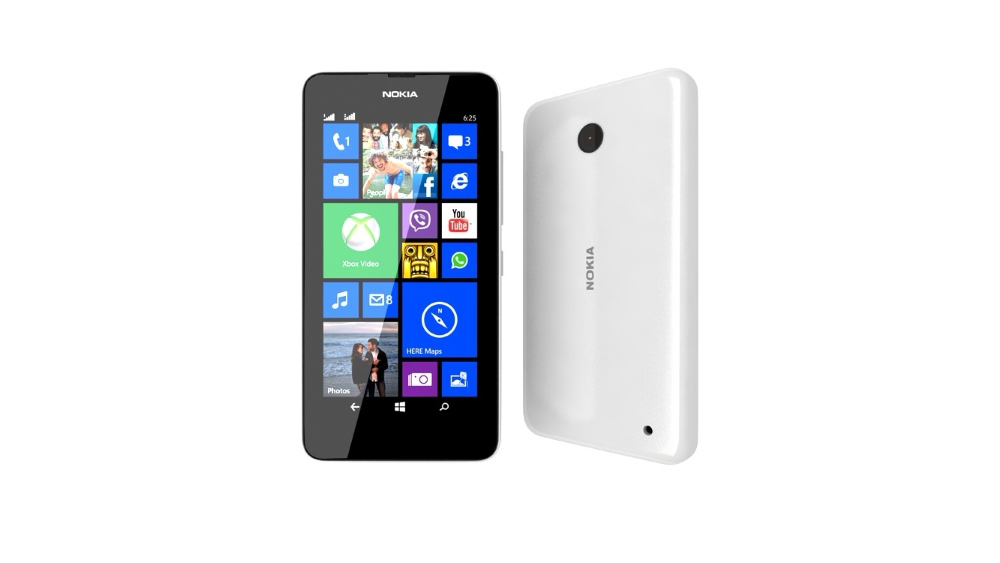 The Nokia Lumia 630 is made of polycarbonate. The smartphone is available in several colors: yellow, green, white, orange, black. But at the beginning of sales in Russia, not everyone will be available, but only white, orange and yellow, but a black panel will be included. Judging by the large number of colors of the model, we can say that the company relies on big sales of the Lumia 630.

The overall design concept has remained the same – the device has hinged corners, the entire front is covered with solid glass, the phone is small in weight and fits comfortably in your hand. The quality of the materials used in the housing, in a favorable direction, differs from the Chinese and Korean smartphones.

At the end of the phone there are volume buttons, camera button and screen lock. There is an audio jack on the top of the phone and a microUSB port on the bottom.

There is no complaint about the quality of communication with this smartphone, as with all Nokia devices. The speaker is loud enough, so the speaker is heard well, there is a noise reduction function

Nokia Lumia 630 has a Qualcomm Snapdragon 400 quad-core processor with a base frequency of 1.2 GHz per core. Adreno 305 is used as a graphics accelerator. There is no complaint about the speed of the device, the system is running fast.

Unfortunately, the smartphone only has 512 MB of RAM installed, so some games with high system requirements won't work on it. But such games are not very many, so this disadvantage is not so important. The internal memory of the device is 8 GB, which can be increased by installing a microSD memory card. This model supports two SIM cards. The phone has all the usual data transfer options: Bluetooth 4.0, Wi-Fi and GPS.

After creating the Lumia 625 with a 4.7-inch screen, Nokia has decided to revert to its traditional size for mid-range smartphones. The Lumia 630 uses a 4.5-inch diagonal display with a resolution of 854 x 480. Despite the not very high resolution of the display, the quality of the image displayed on it is of quite high quality. The screen has wide viewing angles, and its image is clearly visible in bright sunlight. The ClearBlack polarization layer allows you to make the image saturated with rich colors. The color rendering can be customized as desired, although the palette, initially installed, is selected quite normally and does not really need settings. The camera used in Nokia Lumia 630 is absolutely ordinary with a 5 MP resolution. But at the same time, it is not badly configured by the software, which allows you to shoot with good clarity and color reproduction. To control the camera, the phone uses the Nokia Camera app, which allows you to manually configure all the shooting parameters in manual mode. A few sample photos.

The battery capacity installed in the smartphone is 1830 mAh. With medium loads, this is sufficient for about 1-1.5 working days without reloading. When playing videos in 720 HD, the phone can run for about five hours.

We can safely say that, with the launch of this model, Nokia has taken an important step forward. Because before that, phones on Android and iOS operating systems were in fierce competition, but since the Lumia 630 runs Windows Phone 8.1, this model will surely find a large number of buyers.