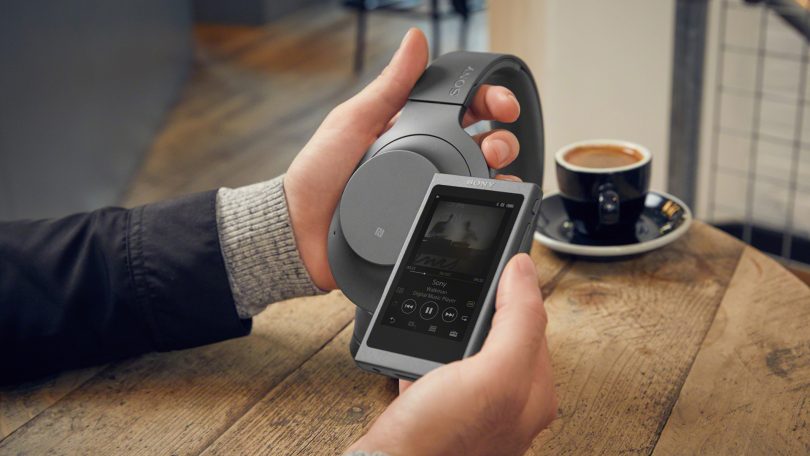 MP3 players may not be as popular as they were ten years ago, but that doesn't mean they aren't outdated.

In fact, modern MP3 players store the entire music library at a much faster data transfer rate than, for example, the iPod Shuffle 2009, which means high quality music can be heard anywhere.

If you are looking for the best MP3 player you can buy in 2020, then you are in the perfect place, because in this article we will choose the best devices and tell you everything you need.

Due to the excellent sound quality and durability, MP3 players are ideal devices if you want to listen to music, and sound innovations make these devices even better each year.

If you try to reduce the so-called "phone addiction" at least slightly, you can just take an MP3 player and leave the house without a phone!

However, remember that the device (in this case, an MP3 player) is just a link in a long audio chain. It is also worth thinking about what audio codec your library is in, and obviously you need an excellent pair of headphones as high quality players make no sense if they are connected cheap. 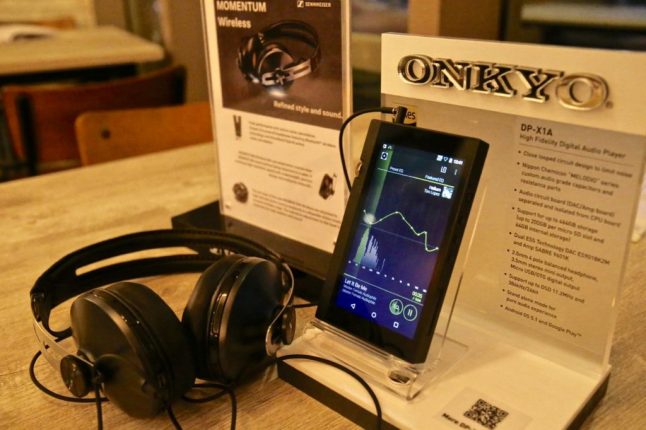 Powerful and easy to use, Onkyo DP-X1A is the leader of its class

Onkyo has been known and respected in the audio world for many years and for good reasons. Onkyo DP-X1A may not be the most compact player on this list, but it is the best of all, as it offers excellent customization options, an intuitive interface and fantastic sound quality.

Let's start with a design that is pretty good. In general, the DP-X1A looks a bit like a phone, but is much thicker and completely optimized for audio. How is it? Well, for starters, here are two audio ports – a headphone jack and an outlet for those interested in cleaner and higher sound quality. In addition, the device is equipped with an easy-to-use volume control wheel, as well as physical playback buttons and two microSD card slots for those with a significant music collection.

The player is equipped with the full version of Android 5.1 with features such as a Wi-Fi connection and Google Play store. The result is an MP3 player for Android, as is the case with iPod Touch for iOS. However, unlike the iPod, the Onkyo DP-X1A is designed to deliver the highest quality sound.

Speaking of sound, this is a real dream! The player accepts a number of music formats, including FLAC, OGG, WAV, MP3, ALAC and more. In terms of hardware, the device has two chipsets, one for powering the entire device, and the other for DAC processing and amplifier, which ensures uninterrupted operation.

We tested the player with several pairs of headphones in different price ranges and I was amazed at the exceptional purity and quality of the sound. There's a reason why Onkyo DP-X1A ranks well on this list – it's a real beast in the portable audio world. 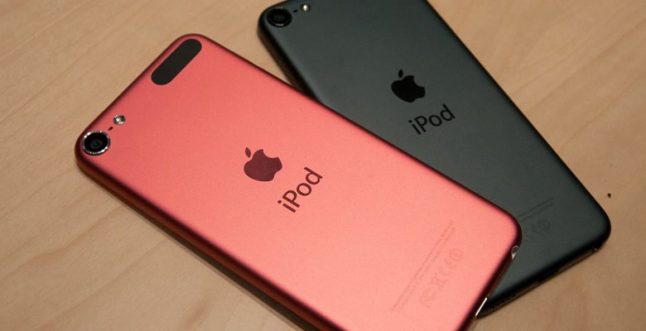 The iPod era is not over yet – it's still one of the best MP3 players on the market.

Apple surprised us all when it announced the launch of the iPod Touch 7, as it is the first update of the portable music video player of 2015. Due to "power, capacity and communication enhancements", the updated iPod Touch is completely game-oriented, and the launch took place for the launch of Apple's new game service, called the Apple Arcade.

A bigger upgrade, at least for audio fans, is the support for Hi-Res FLAC and Apple Lossless audio codecs, which gives you more options than ever when it comes to accessing the highest quality music. Using the Hi-Res app for iOS called Vox, I listened to the minor version of Mozart's Requiem. The strings sounded natural, and the soprano vocal duets seemed to join in unison and didn't sound harsh.

In our review, we also checked the built-in speaker at the bottom of the iPod Touch, and despite its size, it has unmatched quality. The device is not suitable for listening to Hi-Res music, but if you only need a little background music and you are too lazy to look for headphones, the device works great.

If you need a new MP3 player and you don't mind using iTunes, iPod Touch is what you need.

HiFiMan is perhaps best known for its headphones, but they also make some pretty good MP3 players. What does SuperMini deserve, for example.

SuperMini, as the name suggests, is a little smaller than most other players on this list, but the device doesn't seem to cost much – the device still offers excellent sound quality and is quite easy to use.

Unfortunately, the player does not have built-in memory – you will need to buy a separate microSD card. However, the player supports a fairly wide range of audio formats, including FLAC, DSD, WAV, MP3 and AIFF, as well as audio with a sample rate of up to 192 kHz.

The user interface may not be as appealing as some of the models on this list, but it is still quite user-friendly. The screen is monochrome, and its control is performed using three buttons below the screen. However, the trade-off with using a screen like this is that the battery life is quite solid and is 22 hours.

As for the sound, the player sounds nice and clear, but not too aggressive. Thus, SuperMini is definitely worth the money. 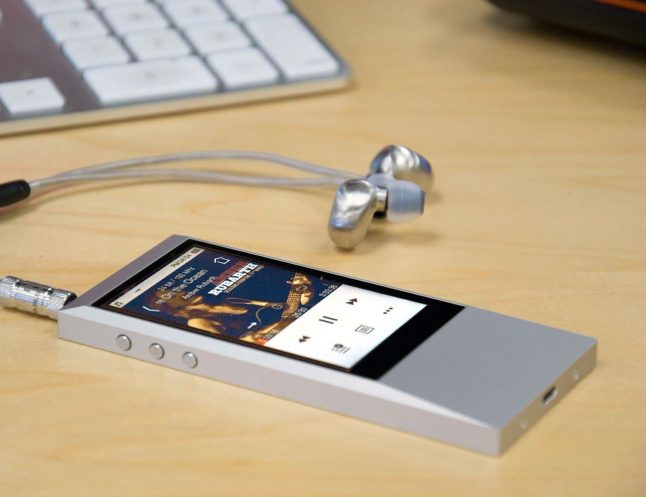 Astell & Kern is known as a leading manufacturer of affordable audio devices and for this reason we consider Astell & Kern AK Jr to be the best mid-range MP3 player we've seen (and heard about). In fact, after spending some time using the player, we could argue that this is a pretty serious rival even for the more expensive competitors.

Before diving into the capabilities of the device, you will notice how well thought out it is, and the sleek metallic design is very elegant.

AK Jr costs about 14,000 rubles, which is a very reasonable price for a device of this caliber. For this price, you get 64 GB of internal memory, although there is a microSD card slot if you need more. In addition, the device supports all major audio formats, including FLAC, WAV, MP3, AAC, AIFF and others, and is capable of reproducing a sampling frequency of up to 192 kHz.

The interface of the device is also relatively easy to manage. On the main screen, you can select songs, albums, artists, etc. Click the touch screen and you can select the music you want to listen to. It would be great if the sensor sensitivity is higher, but in general it is easy to get used to. Battery life is about nine hours, which is not so much, but not enough.

How about the sound? In a word: beautiful. The music is dynamic and crisp, with a pleasant and powerful sound in all aspects. The sound combined with great headphones is excellent. We especially liked the guitar solo from AC / DC's Back in Black, while Eminem's voice in Lose Yourself went through the mix – exactly as intended. 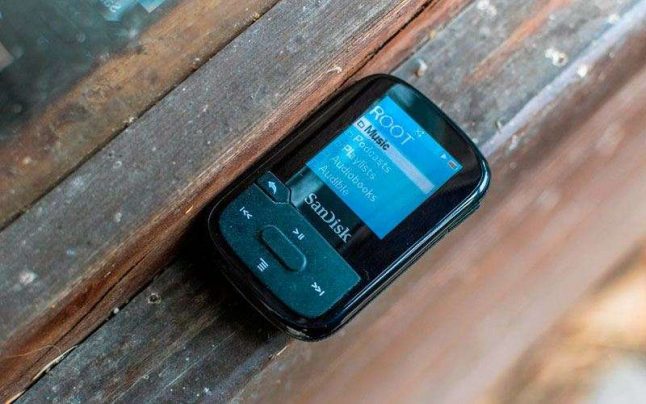 Do you go to workout? Don't forget to take SanDisk Clip Sport Plus.

Looking for an MP3 player you can take with you for a run? If so, then you probably need something small and easy – the device, in this case, does not need to provide the highest sound quality and too much memory. Plus, you probably don't want to spend a ton of money.

If so, then SanDisk Clip Sport Plus is the best option.

For starters, the device has 16 GB of internal memory and although this may be quite small for a modern smartphone, such volume can accommodate a lot of songs. In addition, despite the fact that the player is designed for sports, it actually supports a fairly wide range of audio formats, including MP3, AAC, FLAC, WAV and WMA.

Perhaps the most important for such a device is the battery life, which in this case is 20 hours. You really get Bluetooth, which is very important for those who want the wires not to interfere during training.

The interface is also relatively easy to use. Sure, he's a little outdated and not as powerful as a smartphone, but he still does a great job as a music player. However, the device is not touch-sensitive: navigation is done using the buttons, which also serve as controls during music playback.

As for sound, if you are not too demanding, you will find it quite solid. In general, the quality is a bit cloudy, with a slight decrease in clarity, but it doesn't really matter if you run or go to the room. 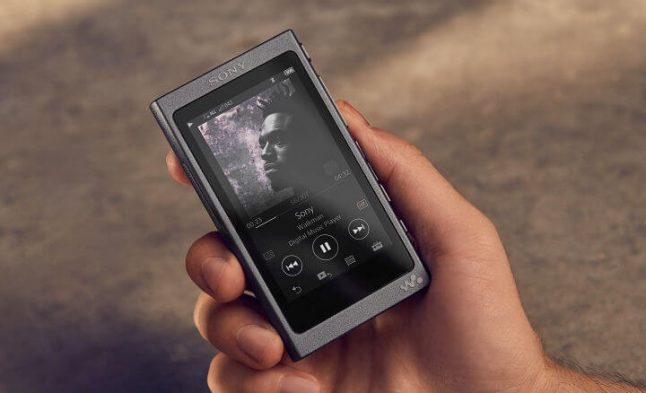 If using iTunes drives you crazy or refuses to spend more than $ 200 on an MP3 player, then the Sony NW-A45 Walkman is the best choice.

The NW-A45, equipped with 16 GB internal memory and a convenient touch interface, costs 9,900 rubles and comes in many colors for every taste. Especially for audiophiles: NW-A45 supports Hi-Res playback! Unlike a phone, the Sony Walkman is equipped with a S-Master HX digital amplifier, powerful enough to control some relatively high impedance headphones.

Versatile and easy to use, the Sony NW-A45 gains recognition as an MP3 player for the first user of this type of device.

Which players do you recommend?

So, what should I pay attention to first? The most important thing to think about is the audio codec in which the music library is located.

Anyone using iTunes is likely to have a music library fully populated by Apple's proprietary AAC codec, and fortunately, most MP3 players will support it. However, if you consider yourself an audiophile, you will need lossless codec support, such as FLAC, WAV and ALAC, because they do not use the compression methods used in AAC or MP3. But in this case, the music will take up more space.

You also need to consider the amount of music in your collection, say, and how much memory it takes. This is especially true when you use codecs, such as FLAC, which simply consume free memory. Often, MP3 players have a built-in microSD slot, which allows you to expand the amount of memory as the library grows – but usually only to a certain size, as it is most often 512 GB.

But the best part: Unlike smartphones, MP3 players are designed for long-term operation, so you don't need to change the device every two years, as is often the case with your phone. This means that it is probably in your best interest to spend some time and find the perfect fit, as you will most likely use the device for a few years, or even longer.